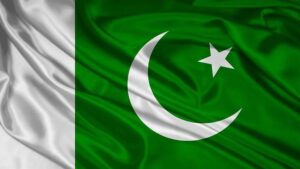 Aayat ul kursi is one of the most powerful ayats in the Quran. It is a verse that speaks about the power, might and divinity of Allah. It is said to be a protection against all types of evil and harm. It is said that whoever recites this verse will receive blessings from Allah and a protection from any type of harm or danger.

The verse reads: “Allah! La ilaha illa Huwa (none has the right to be worshiped but He), Al-Hayyul-Qayyum (the Ever Living, the One Who sustains and protects all that exists). Neither slumber nor sleep overtakes Him. To Him belongs whatever is in the heavens and whatever is on the earth. Who is he that can intercede with Him except with His permission? He knows what happens to them (His creatures) in this world, and what will happen to them in the Hereafter. And they will never compass anything of His knowledge except that which He wills. His Kursi extends over the heavens and the earth, and He feels no fatigue in guarding and preserving them. And He is the Most High, the Most Great”.

The power of this verse is immense and those who recite it will be blessed with the protection of Allah.

Welcome to our section on ayatul kursi! Ayatul kursi is a powerful verse in the Quran and has been one of the most important verses for Muslims all over the world. This section will discuss different elements of ayatul kursi, including its meaning, English and transliteration translations, as well as the general concept behind its message.

Ayatul kursi is the 255th verse of surah Al-Baqarah (the Cow) in the Quran which states “Allah! There is no god but He, The Living , The SelfSubsisting and Supporter of all.” It demonstrates God’s infinite power and supreme authority over everything in existence  be it animate or inanimate  and serves as a reminder of His presence in the lives of humans everywhere.

The English translation of ayatul kursi is “God! None has the right to be worshiped but He, The Ever Living, The One Who sustains & protects all that exists”. Similarly, there are many different transliterations available online that help explain its meaning more accurately. For example, some translations include “Allah la ilaha illa Huwa Al Hayy ul Qayyoomu”, which gives readers a more precise interpretation of its content.

The Meaning of Ayatul Kursi

Ayatul Kursi is an important verse from the Quran that has an incredibly powerful and meaningful message. This verse is also known as “the Throne Verse” or “the Verse of the Throne” because it refers to God’s throne and its connection to the absolute power over all things. The words contained within this verse are thought to have strong spiritual significance and importance, which is why Muslims around the world recite Ayatul Kursi on a daily basis.

It is believed that reciting Ayatul Kursi can bring stability, peace and protection into one’s life. Every word contained in this verse has a deep meaning and should be reflected upon in order to gain a better understanding of its power. Many Muslims recite it every day as part of their spiritual practice, making sure to properly understand its message in order to gain the most benefit from its words. It is recommended that one reflects on the meaning of each word while reciting so that they can best receive Allah’s grace through the verse.

Benefits of Reciting It Daily:

When Ayatul Kursi is regularly recited, its effects on those who recite it can be quite profound. Recitation increases faithfulness, closeness with Allah (SWT), humility, peace of mind, protection from harms and worries, as well as many other positive changes. It can also greatly improve one’s spiritual state by allowing them to feel closer to God’s divine presence and specially conferred guidance.

Ayatul Kursi is a powerful verse of the Quran that is used frequently by Muslims all over the world to invoke blessings and protection from Allah SWT. The literal translation of Ayatul Kursi is ‘The Throne Verse’ or ‘Verse of the Prime’. It serves as a reminder for us to remain humble and remember that Allah SWT is above us with supreme power and authority.

Reciting Ayatul Kursi can have many spiritual benefits for those who take it upon themselves to do so on a regular basis. Those who choose to recite Ayatul Kursi will find that it has the power to strengthen belief in Allah SWT and His divine will. It also helps reduce fear and anxiety, while protecting one from bad intentions and evil. Additionally, reciting this powerful verse brings peace to the heart and mind, promoting further blessings from Allah SWT. It can even shield one from the afflictions of life, attracting good fortune and prosperity while also improving spirituality and morality.

For those who are unfamiliar with this important ayah, it can be found in Surah Baqarah (2:255) of the Holy Quran.

The transliteration of Ayatul Kursi is provided here:

How to Recite Ayatul Kursi:

Ayatul Kursi, sometimes called The Throne Verse, is one of the most powerful verses in the Quran and is believed to bring peace and protection to its reciter. It is also a prayer often recited during daily prayers and can be found in chapter 2, verse 255. This article will guide you through this esteemed prayer and explain how to recite Ayatul Kursi properly while noting the rewards associated with its recitation.

First, let’s look at the meaning and context of The Throne Verse. In English it reads: “Allah! There is no god save Him, the Alive, the Eternal. Neither slumber nor sleep over taketh Him. To Him belongeth whatsoever is in the heavens and whatsoever is in the earth. Who is he that intercedeth with Him save by His leave? He knoweth that which is in front of them and that which is behind them while they encompass nothing of His knowledge save what He will. His throne includeth the heavens and the earth; and He is never weary of preserving them both. He is the Sublime, The Tremendous”(Quran 2:255).

Now let’s move onto pronunciation. Reading aloud from scripture requires careful pronunciation to ensure accuracy according to Islamic teachings; this includes not only pronouncing each word correctly but reading it out loud as well as repeating it multiple times if needed for memorization or meditation purposes. With this in mind, it’s important to note that there are two types of pronunciation: Modern Standard Arabic (MSA) or transliteration into other languages such as English or Urdu using their respective alphabets respectively – these two methods are known as tajweed.

Where To Find More Information On Ayatul Kursi:

The accurate interpretation of Ayatul Kursi can be found in Islamic scholarship literature. Traditional Qur’an commentaries and other Hadith sources provide great information about this verse and its significance for believers. There are also online sites which provide translations into various languages, including Chinese, Indonesian, French, as well as English. When using online sources it is important to ensure that you are getting your information from an authentic source.

Reciting Ayatul Kursi can have many benefits for believers including increased faith, spiritual protection from evil spirits, greater peace and serenity, improved memory power as well as focus on studies or work tasks. Audiotapes or audio recordings of this verse are also available so that listeners can benefit from hearing the majestic sound of Quranic recitation while understanding its meaning at their own pace or level.

Ayatul Kursi is one of the most important verses in the Holy Qur’an, and many Muslims are familiar with its beautiful and meaningful words. However, there are some common misconceptions about this powerful ayah that can lead to confusion and misdirection. Let’s take a closer look at these misunderstandings about Ayatul Kursi and discuss the importance of this ayah.

A common misconception is that reciting Ayatul Kursi can protect you from jinns or evil spirits, but this isn’t true. Although it is true that Allah has power over all jinns, He has not given us permission to use His words in this way. Instead, we should increase our remembrance of Allah by reciting other verses from the Qur’an as well as making supplications for protection against evil spirits if necessary.

People sometimes mistakenly believe that reciting Ayatul Kursi guarantees reward from Allah or even entrance into heaven after death – but this isn’t true either. While we should definitely make an effort to recite Quran

The Power of Writing & MemorizingAyatul Kursi

The impact achieved by reading and memorizing Ayatul Kursi cannot be overstated. There are so many benefits to reading this verse aloud, understanding its meaning deeply, and committing it to memory. Writing out this ayah as a practice can also have incredible benefits – whether it’s in Arabic or English (or any language). Reciting it with understanding also brings spiritual growth from within and profound energy from without.

It’s no wonder that Ayatul Kursi has been so praised throughout history  particularly in Islam  for its importance in prayer and life struggles alike. Engaging with this verse repeatedly can cleanse minds of negativity, open hearts to love, increase faith., strengthen relationships with Allah (SWT), empower believers spiritually, increase affluence materially, bring inner peace.

Alhamdulillah, our online Quran academy has been magnificently laying out its services for the last 10 years. It was founded by our very well-reputed Mr. Mazhar Shafiq.